The other day at our morning meeting I was approached by my teacher Mr. Alvarez who is also known to you readers as “The Brown Guy.”

He said, “Keaton I need to talk to you after the meeting,”

Immediately I thought oh crap what have I done now, but I hadn’t done anything.

It was a proposition, an idea that could change the face of the Ojai Valley School. It is nothing as substantial as the newly founded Mac N Cheeseburger, might I add AMAAAAAAZIIIIING, but that is beside the point.

It had bacon on it 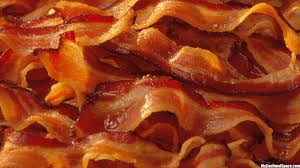 Mr. A wanted to perform a song with myself and John aka backinphilly.

He can play alto sax and the song had alto sax in it, but he didn’t know what the song was called.

Being that he is old he looked to me for the name of the song, but I being that I am young I didn’t really think about what an alto sax sounded like.

Funne enough the old and young relates to the song.

Keep it locked on the callmemaybe blog for more info about what is coming up this May with the brownguy and the cold white kids.

If you don’t get what it is I apologize for your lack of mental abilities.