The mind is a dangerous place and as a former hopeless nihilist I feel I have earned the right to say that. The worst part about thoughts is that they don’t stop. It can be torturous to spend a single protracted moment in your mind when every thought is weaponized in some way to be destructive. The psychological degradation brought on by a depressed mind is exhausting. Every thought drags you deeper into the pit until your mental breaks and you give up.

I was lucky enough to break this seemingly endless loop by repressing emotion and taking away meaning and depth from every emotional outlet. My past statement of being a former nihilist was a lie, however I am no longer a hopeless nihilist. I’m just a person who copes with stress and anxiety by believing nothing should make me stressed or anxious because it lacks meaning and worth. I understand this might not sound like a valid process of thoughts as people will question my morals around every corner, however, I assure you, I have decent morals. As well as many other decent qualities. Greatest of all though, the biceps. The biceps s h r e d, and that among other things boost my dopamine levels giving me dreams and ambitions to quickly acquire. Finding something, anything interesting would lead me to want to try, learn, and quit. However some dreams in my head take a long time to learn. These thoughts of my future give me ambition to live an active and fulfilling life. I found reason along the ashes of self destruction.

The word integrity is defined by my Google search as “The quality of being honest and having strong moral principles; moral uprightness.”

This, as it would seem, is a key factor in a person. There is a reason that the word so often gets tossed around and applied in so many ways.

I have heard it said on multiple occasions that the generation of today lacks this quality when compared to those before us, and that statement makes me really look around and judge for myself.

Surprisingly, I would tend to agree with the above stated remark. I feel that my generation has less of a regard for integrity, it just simply is not a value that we seem to hold as dear.

As with most things, the blame can not be placed on one specific person or thing for the occurrence. But I do feel that there are some very key factors in this trend. 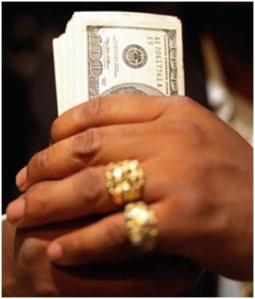 Money makes the world go round more than ever before. My generation has been taught that money is in fact the key to happiness and all satisfaction in life.

To achieve success through money, many feel as though cheating and lying is the way to get ahead, and in many cases they are right. The world of business can be a cutthroat place and in some situations a lack of integrity can really help you.

This sends a message of acceptability when it comes to lacking integrity. As stated in a previous blog, I believe that morals and ethics are unique to each person so this is not a judgement of people’s integrity, simply and observation.

Obviously business ties in with the world of pop culture, another area which I feel has diminished the importance of integrity.

It used to be that the people portrayed in movies were honest characters who would rather die than compromise their integrity.

I am not stating that these characters do not exist in the movies today for they are still prevelant, yet not in such an obvious manner. Added to that there is also the counter of many characters who derive their likability from their overall lack of integrity.

Again, I am not saying that this culture change is a horrible thing or that it is a positive. I simply find it interesting that our values have changed in this way.

From a personal standpoint I can see both sides. I have seen when being honest can bite you in the ass as well as the other way around. So it comes down to each person thinking for themselves on how much they value integrity.

We toss the words moral and ethics around so much that I have begun to hate both words. Now my morals and ethics have come into question on multiple occasions, just like almost any one else. Maybe it is my youth, but I find it so curious how people could tell others what is right and what is wrong.

Now I do not say this in a fully rebellious way. I think there should be laws for society to function. But I do not believe in right or wrong.

This may be because I am such an atheist and I do not see any god or such figure that has more knowledge than us who can tell us what is right and wrong. I do not feel the threat of damnation to motivate me to do the “right” thing.

Again, it may be due to my young age that I do not see that some things are just straight up wrong. There are things that I feel are wrong such as murder, but I do not feel that everyone must share the same belief.

Rules and laws exist to keep society in check and functioning. I do not believe they should be there to force people to do what is right. People will do what they will do and they must suffer the consequences of what society dictates.

But when someone says to me “How can you believe that?” I question them with “Because that is what I feel”. Why are some feelings about actions superior to others?

I feel that this is an area where we can improve as a society.

We can keep our laws and we can change them, I have no qualms with that. But we as people should be more accepting and understanding of the thoughts of others, no matter what we are predisposed to think.

Just now, a freshman girl from China interviewed me about freedom at OVS. It was fascinating for me to have a citizen of a communist country pay attention to my insights about such “forbidden” topic, freedom.

The questions were pretty straightforward. Here are some: What can you do to improve freedom at OVS? Do you think OVS has a lot of freedom? What do you do during your freedom at OVS? What is your first impression of OVS?

Our school try to provide the students with many opportunities even if some might disagree.

But, are we given with the right amount of freedom?

Yes, we are given with a lot of free time. So, does that necessarily mean we possess the rights to our freedom?

Pondering for a brief moment, I found myself caught in the conflict between individuality and society.

Balancing out these two is crucial. And, here I relate these thoughts to OVS.

If I were to list these words to describe OVS in a certain order of relevancy, I would have to weigh out a lot of OVS student handbook regulations, American societal standard, and realistic circumstances where all these regulations would be implicated. To that end, I am not going to organize them here anyway.

What if, a girl or a boy student decides to wear a plain shirt with a single word, “gay” or “lesbian”, printed?

Would this behavior be interpreted as an act of rebellion, a violation to the profession as a student, or nothing?