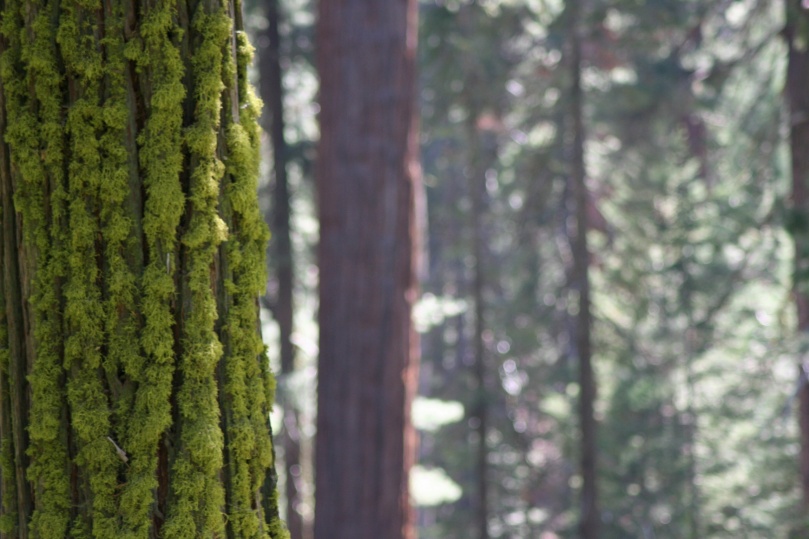 We were hiking across the Yukon on what was only a five-day trip. When I got lost and separated from the group, it was already day three. While searching for them I heard things splashing in the river – it was a large group of salmon flopping up the stream. But that wasn’t all. There was a bear standing there with his mouth opened, catching the fish in his mouth.

I was spotted. The bear set down the freshly caught fish on a rock and ran off. By that time the sun was setting and I had to set up camp. After making the fire, I remembered that my food was in Joe’s pack. So I decided to go and grab the fish the bear left behind. It was enough to hold me over for a while.

In the morning I packed up and continued hiking to the final destination, hoping I would run into my friends. I hiked five miles noticed something in the fields. It was the bear again. I knew it was him from his whitish fur. You could tell he was old and his face seemed strangely welcoming. I sat from a distance watching it until it got distracted by a bird and he chased it around, running off into the woods. As I was hiking, I decided to make a detour and go see what he was doing in the fields before he left. I discovered he was eating at a bush of berries. I didn’t know what the berries were, but I knew the bear lived after eating them and I would die if I didn’t. I didn’t eat them right away. Instead, I collected them in case I had no alternative food options.

Shortly up the trail I ended up in a third encounter with the bear. But this time the bear was hurt. He had a long deep gash along his neck – he was dying. I sat down next to him and began petting him and gave him water. I ended up giving him all of my water. Most of it I used to clean the dirt from his wound. I pulled out my first aid kit and used everything I could. I had to bandage him with ankle wraps because he was too big for anything else. Rather than finding my friends, I felt like it was my obligation to help this bear.

The only thing I did to take care of myself was make a fire. I gave every scrap of food and drop of water I could to this bear. From my little knowledge of bears I was able to determine that he was a grizzly bear. I never realized how peaceful and beautiful they really are. They have soft fur, pointy ears, wet black nose and solid brown eyes. They’re magnificent creatures, far from a beast. But that didn’t change the fact I could become its meal any second.

The next morning, day five, was the worst of them all. The bear was on his final hours and was mad. He wouldn’t let me help him at all. He just lay there ghoulishly and moaned. I had to just watch and hope that somehow he would push on. As it became afternoon he stopped moaning, just breathed heavily. I walked over and hugged him. I didn’t let go for hours. Not until I heard dogs barking and lights coming from several places. It was a rescue group. Before I could say anything I was in a helicopter.

I woke up in a hospital and there was a Alaska state trooper sitting next to me. The first thing he said was “You know, you saved that bear.” I smiled. That was the first thing that I wanted to know. They said they were bringing him to a zoo in San Diego. That was his new home, because he was too old to be in the wild. My face lit up. I looked back at him and told him “I live in San Diego!”.