How is the lion the king of the jungle?

He his vicious and feared

He’s a killer and a king,

A lion sleeps for 20 hours day,

Meaning he rules the jungle for only 4 hours a day,

His mentality is different.

He instills fear in others

He kills in his sleep

A lion’s presence alone changes a whole community in the jungle,

Elephants, gazelles, and cheetahs all know who the ruler is

Even humans understand how merciless a lion’s mentality is

But for 24 hours a day the lion is psychologically ruling a jungle. 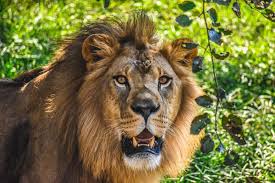 “Practice makes perfect” but nobody cares about practice, they care about applying said practice. When I go up and down a basketball court practicing my jump shot, I don’t like tirelessly throwing the ball straight up and down, I like watching my jump shot clearly improve when I start shooting. My jump shot in the past struggled, it struggled to even hit the backboard. My jump shot would consistently sky the backboard by a cool 6 inches, I sucked. Perfect. The worse I am at something, the more I can improve. The worse I am, the faster I can get better. Liking something to improve is not the best quality however, because when I attain a goal I had been striving for, I become intoxicated by my achievement, but I feel nothing for the sport. I find joy in reaching a goal that once felt unreachable. This has lead me to succeed at many thing and then quickly quit, wether it be certain video games, skateboarding, lacrosse, or basketball. I don’t count this as quitting, I just count it as losing interest.