This past summer I went to Paraguay for seven weeks as part of a program called Amigos de las Americas. After a one week training period in Houston, TX, I flew for 16 hours to the country’s capital, Asunción.

From there I met with all 50 of the volunteers, who were from all over the U.S. We then went through a more in-depth training, got our partners, and left for our communities. 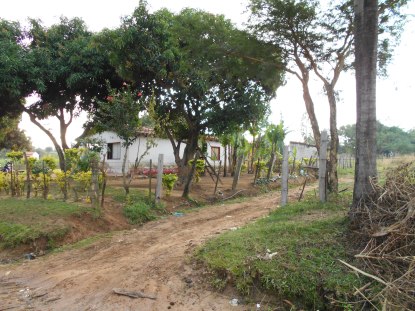 My partner Elizabeth and I were in a community called Costa San Blas, in the Department (kind of like a state) of Paraguarí. It was a beautiful, rural community, with roughly 800 people. We lived with our host family, which consisted of a mom, dad, two sisters and two brothers. Normally, only the mom and the sisters were around.

The community is living in poverty, but we were lucky enough to have running water and other appliances. We had a shower (though no hot water) and even had a washing machine! Surprisingly, we also had a T.V. and huge speakers, almost as tall as me.

A big part of their culture is music and dancing, so they would constantly be blaring their favorite songs and dancing as much as possible. It was so cool to experience.

As Amigos volunteers, Elizabeth and I were required to implement a project in the community, work with our partner agency, SENASA, to provide latrines to those in need, and hold camps for the younger kids at the school.

It was a busy summer!

The seniors at the school were building a playground for the younger grades to play on, and we adopted their project as ours. The kids still did all aspects that they planned – our job was to fundraise and buy paint to add some color to the playground.

We fundraised by holding a soccer tournament in the field behind our house. With the help of the senior girls, we made empanadas which we sold, along with other food and drinks at the games. 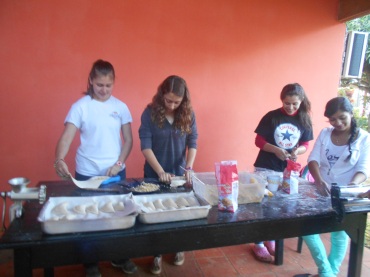 Teams were charged, and the losers bought beer for the winners. With the money we made, we went out and bought paint!

For the latrines, we went around the community and met families in need, who we then taught how to construct the facility. Elizabeth and I helped distribute the materials, and the latrines were built!

Out of all our duties, the camps were my favorite. Held at the school while it was in session and behind our house over break, we worked with children from grades K-6 for two hours each day. We would play game after game, including duck-duck-goose, and games just from their community.

I loved spending time with the kids, and getting to know them all. They always looked forward to the camps, and it was the cutest thing ever.

At home, Elizabeth and I mainly hung out with our host sisters, Leila, 11 and Rocio, 6. Feisty but adorable, they would take us around the community, showing us every nook and cranny, and introducing us to different community members. Back at the house we would also play cards – I must have played at least 100 games of UNO. 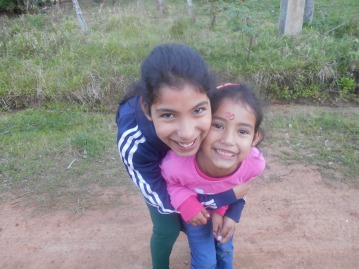 I know I made an impact this summer, and that’s an awesome feeling to have. I have a sense of accomplishment that I couldn’t achieve in any other way.

The fact that I built relationships with so many people, all in a different language and living so differently than what I’m used to, is pretty incredible to me.

I may not have changed the world, but I think I’ve impacted the lives of a few. And I’ve had an experience unlike any other, which I think is amazing within itself.

One thought on “My Summer in Paraguay”