The most exciting thing I have done over this thanksgiving break was seeing my favorite movie – The Twilight Saga.

After I read the books, since the first one – The Twilight in 2008, I’ve been deeply obsessed by this mysterious and romantic story. Then I began to watch the movies. The movies, though, contain less details. But it still couldn’t stop my love towards it.

The films are directed by Bill Condon and based on the novel The Twilight Saga by Stephenie Meyer. The whole story contain four series – The Twilight; Eclipse; The New Moon and  The Breaking Dawn.

After 4 years of waiting, I finally had a chance to enjoy the second part of a two-part film forms the fifth and final installment in the series The Twilight Saga, and is the conclusion of the 2011 film The Twilight Saga: Breaking Dawn – Part 1.

The actors and actress stayed the same. And the tone of the movie was filled with mystery and beauty as usual.

The movie theater was full of the Twilight fans like me. I sat in the seats silently because I don’t know how to explain or express the feelings when I was about to see the last one, the end.

END_OF_DOCUMENT_TOKEN_TO_BE_REPLACED

The majority of you have probably never heard of a man named Sixto Rodriguez. Neither had I until a couple days ago.

Sixto Rodriguez was born July 10, 1942, in Detroit, Michigan. His parents, immigrants from Mexico, named him Sixto because he was the sixth child in his family.

Little did he know, his upbringing as a part of the inner city poor would influence his life in more ways than he could imagine.

Rodriguez, who worked construction, was performing in a bar one night when he was discovered as an American folk singer. He signed with a small label named Impact, and produced the single “I’ll Slip Away.”

A couple years later, Rodriguez signed with Sussex Records, and produced both of his albums, “Cold Fact” and “Coming From Reality.” For some reason, most likely because of his Hispanic heritage, Rodriguez’ career in North America flopped.

Sussex Records dropped him, two weeks before Christmas, a premonition which came true from his song “Cause.”

Little did he know, Rodriguez was a super star in conservative South Africa. The story goes that an American girl came to South Africa to visit her boyfriend, with “Cold Facts” in tow. What proceeded from there was boot-legging and importing of copies.

When the copies ran dry, Australian record company Blue Goose Music bought the rights to his back catalogue, and released his two albums.

Rodriguez had become an icon of South African culture. Children ran around on the streets singing his songs. His music opened their eyes to something else, with songs like “I Wonder” helping along the realization that there was a way to fight the South African government: through music.

END_OF_DOCUMENT_TOKEN_TO_BE_REPLACED

I’ve a great, and unquenchable love for peppermint.

As a kid, I’d always grab the green and black swirly dinner mints at restaurants, a classmate having told me the red and white ones would make my eyes bleed.

But one fateful night, I accidentally ate one and thus, I was introduced to the wonderful world that is peppermint.

It became quite a problem around Christmas.

My mom would always buy twelve or twenty-four packs of candy canes to hang on the tree.

I believe my sisters were rather peeved when I ate most of them before we could decorate each year.

When I was seven, I got a candy cane corn snake.

And guess what I named her…

END_OF_DOCUMENT_TOKEN_TO_BE_REPLACED

The plan so far
is to not grow up

But to grow grey
wrinkled and old

The difference
between the two

But you must find it
for yourself

So, much like a fellow writer, I too took a trip to Disneyland this past weekend.

It has been about a year since I had been to Disneyland, and I was glad I got the chance to go.

We left Ojai early in the morning in the pouring rain.

When we got to Disneyland it was cloudy, but not quite cold enough to wear a jacket around so I ended up carrying mine most of the day.

I spent the whole day hoping it would get cold so that I could put on my jacket and stop holding it.

So when we got the park I was with two very close friends of mine, Sarah and Cameron.

We took this trip to celebrate Sarah’s mother’s birthday.

When we got the the park her parents split off from us and another friend met us at the park.

We walked around for a bit and then Gavin, Sarah’s brother, met us to surprise his mom for her birthday.

The surprise ended up working perfectly.

END_OF_DOCUMENT_TOKEN_TO_BE_REPLACED

We sat at the top of the stadium, with a clear view of the stage and the thousands of fans surrounding it. A grandfather, walking up the stairs with his two grand-kids, who couldn’t be more than four years old.

The family sitting two rows in front, who dance to every song and know every word, to all the songs, by heart.

They are all here to see the legend, Bruce Springsteen.

The fans with backstage passes eventually come out of the wings, and the lights dim. All that’s left is the twinkling of cell phone lights and the roar of the crowd, erupting with anticipation.

And then Bruce Springsteen walks out, and if at all possible, the crowd gets even louder. I can feel the chants and applause in the pit of my stomach.

Springsteen walks up onto the stage, and grabs the mike, saying something about how happy he is to be at the Mile High City. With emphasis on the “high.”

END_OF_DOCUMENT_TOKEN_TO_BE_REPLACED

Alright guys I’m really coming up with nothing to entertain, but if you like dogs enjoy these pictures. Hope everyone had a good Thanksgiving!

Click the link ^^^ , but don’t listen to the message it is portraying. Turkey is delicious.

So for months I had been talking with a friend about how our dogs should have a “play date” because we both though they’d get along.

Over break we decided to get them together with our other friends’ dog.

I feel like I am talking about myself in like 1o years when we all have children getting together…. anywho we took the dogs to the park and let them meet each other and then off to the dog park to run around and play with sticks.

Now enjoy these pictures of dogs drinking water and playing with sticks. 🙂

Kai “The Best Dog Ever” Shiffman trying to attack the water

Archie wanted to sit up front

Well folks this sums up how the end of my break went.

Have a good one!

That I belonged to a social club that met each week.

That the people in the club believed that it was founded by a guy named, I don’t know, Chuck.

Chuck was a homophobic, misogynistic, genocidal old man who lived in a cloud and had the power to make everything happen.

That because I belonged to this club, I inherited a hatred of all other social clubs in the area.

Okay, now of course no one would ever join this club. It’s ridiculous. However, if this was your religion, you’d be perfectly fine with it.

The Old Testament, for instance, a book held believed to be true by both Christians and Jews, is one of the most outrageous pieces of literature in Western Culture.

For most of it, God is killing people. He wipes out everyone but Noah and his family in one part, destroys two cities and its inhabitants in another, forces Lot to offer his own daughters to be raped, etc.

However, when the O.T. is lacking in violence, it makes up for it in sheer whimsicality and stupidity. This is the same with all religious texts. There really is no room for a reasonable person to believe in some of the “facts” of Juedo-Christain beliefs (I’m not leaving other religions like Islam out on purpose, its just that these strike a little closer to home).

2.   Although also in the New Testament, it is possible (and actually turned out quite well) to be swallowed by a giant fish, live in there for a while, and be spat back out.

3.   The universe was created by…well God. There isn’t much else to say about that because books like the O.T. say about that much in regard to the beginning of time (cough-COP OUT-cough).

However, taking what some would call “cheap shots” like this at religion isn’t fair because these things aren’t meant to be taken literally. They’re simply meant to be ignored and the good bits should be cherry picked out when needed.

END_OF_DOCUMENT_TOKEN_TO_BE_REPLACED 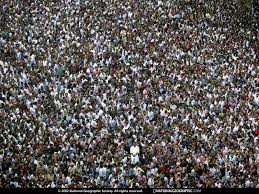 We look to the people around us as a support group

Improvised experts in our life

A group of people that know us the best

We keep these people close as we make journeys

These people are told everything

And are sometimes told nothing

The people around us should be more than friends

They should become Family

As I write this, we are about to leave for a day long trip to Disney. These past couple days away from school have been filled with excitement, heartbreak but most of all, FOOD!

Yesterday we found a place in La Jolla that advertises the sale of a cheesesteak. Before yesterday, the only place I was getting cheesesteaks from in this town was Jersey Mike’s and Philly station. Both of which are somewhat subpar.

Yesterday, the restaurant had the ingredients that we were waiting for.

Every thing was falling into place. That was until we found out that the cheesesteaks were made with roast beef.

Now I’m not going to sit here and pretend to have any idea what kind of meat goes into a classic Philly cheesesteak, but it ain’t roast beef. Something about the taste just wasn’t right. We quickly recognized that the meat ruined the sandwich.

But I wanna mention one massive heartbreak from today. The Eagles, once again, lost.

At this point, I’m not surprised. I’m just annoyed and pissed off. I’m disappointed. It was hard to watch my team fall so pathetically. But I digress. We move on. That’s the Philly way.

Well, hopefully Mickey Mouse and all that crap will help me feel better. I’m going to spend tomorrow in Disneyland with my family and my girlfriend.

I hope nothing goes wrong. What could possibly, right?

Back to top
OVS Journalism Blog
Blog at WordPress.com.