So my dad is basically on house arrest because of his recent heart attack. Because of this house arrest that he has been sentenced to by his doctors and my mother, he has decided to take up and master the art of cooking.

His goal: to cook a new dish, EVERY SINGLE day.

Now this is coming from a man who usually NEVER cooks and when he does, we usually end up calling for a pizza late at night.

My dad has many great talents, unfortunately cooking is not one of them.

So far he has made the following dishes:

On top of all his glorious attempts of these new recipes, he’s sent my mom to the store every single day to get ingredients, not quite realizing that the ingredients we already have at the house could be used for cooking as well.

While throwing in his own changes to the recipes, he also likes to add some humor. He makes constant reference to the cooking TV show  Chopped. Every time one of his new “creations” doesn’t go as planned he says, ” Well I think the judges would have chopped me for that one!” or if it is a success( I’ve yet to taste one) he says, ” That one would have gotten me to the next round!”

While he is still going strong on his cooking binge, and I applaud his efforts, I wouldn’t mind having a pizza for dinner anytime soon.

You are wired  – it is how your brain functions. You are programmed – you are made in one specific way.

It epitomizes you, it controls you, it decides who you are.

It is set in stone, yet is easily altered. And when that happens, it is scary.

What once controlled you and monitored who you are, has now changed. You are no longer yourself – once made up from certain chemicals, you are now inhabited by imposters.

You are changed, you are different.

You are not yourself.

They say it’s good, they say it helps. It’s good for you, it will make things better.

It will make you better.

You are out of control. You are not yourself.

They say things will be easier, that you are struggling.

It will put you at ease.

You just need to be different, a changed version of yourself.

Then you will be better.

To brie, or not to brie may no longer be the question.

Everything these days seems to cause cancer.

Yes, sunscreen. The thing that is supposed to save you from the harmful rays of the sun and the secret to beautiful skin may slowly be killing all of us…Yay!

Don’t know what nisin is? Well basically it is a natural food preservative that grows in dairy products.

This natural preservative has been shown to help battle cancer and other lethal bacteria when given to mice.

Now this theory is still in the testing stages, but it does sound PARMmising.

Is it too late to make amends?

Is it too late to go back on something that has been 18 years in the making?

This past weekend I was given a painful reminder that things can change in an instant.

My dad had a heart-attack.

He had been on a two-week ski trip in British Columbia and it happened on the last day of his trip.  My mom told me Friday evening when I got home that he’d had a heart-attack and was being flown to Spokane, Washington for surgery the next morning.

That Saturday morning I woke up at 3am to drive my mom to the airport so she could be there waiting for him when he got out of surgery. After dropping my mom of at the airport I turned around and drove home, went back to sleep and woke up a few hours later to play in my soccer game.

Those 24 hours that followed my mom telling me that he’d had a heart-attack were a whirlwind. I don’t remember what followed after she said the words no one wants to hear, ” Dad had a heart-attack”. Everything blurred together. I remember thinking, don’t cry, because if you cry that means something is wrong and I wanted so badly to believe that nothing was wrong.

My dad came out of his surgery doing well, the doctors said that his good physical conditioning saved his life, that he was lucky it hadn’t been worse.

My dad and I have always had a rough relationship. My mom says it is because our personalities are so similar that’s why we butt heads. We disagree on almost everything and always find some way to annoy each other.

For so long we’ve been content with living like this. It broke my heart knowing that within the next 10 years any type of relationship with my dad would either be non-existent or intolerable. However, after this past weekend, I’ve decided to make amends. I’ve decided, even though I know it won’t be easy, to work towards the relationship I want with my dad. 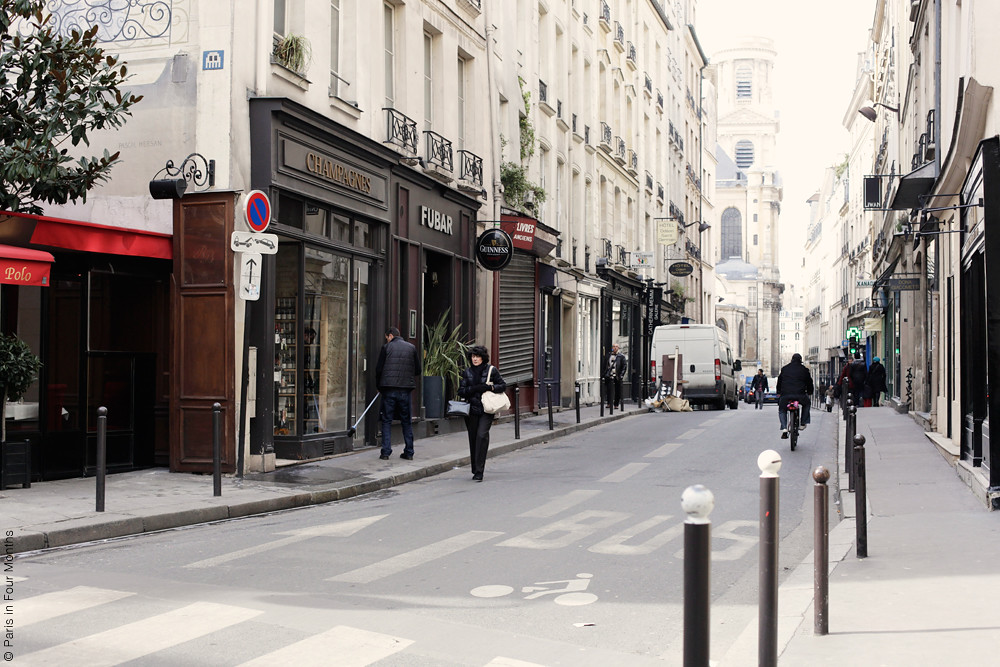 I have always loved Paris, and though I’ve been to Paris, I probably would still love it even if I had never been there before.

I love the culture, the food, the fashion and style. Not to mention the architecture, the people (I for one, do not think they’re rude), croissants, macaroons, did I mention the food?

The list could go on and on. To me, it’s one of the most inspiring cities. The fashion, the weather, and the seasons (they actually have 4, unlike California) are all endlessly inspiring and constantly facilitating creativity.

So many influential people and ideas are from this city. But one of the things I love the most is that even after all the darkness that has happened there, Paris is still of the brightest cities in the world. Paris is the City of Love and Light, and that will never change.

Last night I had the pleasure of attending the opening night of the Los Angeles Art Show to benefit St. Jude Children’s Research Hospital.

I have been to a few art shows before, but none compare to this one.

There was historic and contemporary art, the historic was romantic and detailed,  while the contemporary was polished and fashionable.

Although I had a rough go-of-it in new shoes that I had not worn previously to this event, I was mesmerized by the thousands of painting, sculptures, and sketches covering the walls.

The set-up was stunning. A labyrinth of walls glowing with spotlights throughout an entire floor of the LA Convention Center was filled with hundreds, if not thousands of people.

After strolling around the maze of artwork for a few hours, my friends and I went home for the night.

I cannot wait to attend next year’s show.

Over 70 percent of the Earth is covered by oceans and over half of the human population lives near the ocean. Yet, human’s do next to nothing in keeping the oceans clean.

In the past half-century the use of plastic has multiplied by 20. More than 8 million tons of plastic is dumped in the ocean annually – that’s about one garbage truck per minute.

That’s expected to increase to four garbage trucks per minute by 2050. We are on track to have more plastic than fish in the ocean by 2050. At this point the production of plastic is irreversible and the 165 million tons of plastic that’s in our ocean right now will have to be cleaned, but we have to ask ourselves: will we do something to stop this destruction? Or will this wanton dumping continue until we destroy our ocean.